Menopause in the 30s: Symptoms and Treatment Options

Menopause is that time in a woman’s life that permanently marks the end of her menstrual periods. This is the phase when estrogen levels in the body start to significantly decline. While it occurs at different ages for different women, it usually happens when women are in their late 40s or early 50s. A woman is considered to be in menopause when she hasn’t had menstrual periods for twelve consecutive months.

Premature menopause, or early menopause is when this event occurs before the age of 40. It is more common than people think – according to studies of The Office on Women’s Health (OWH), 1 out of every 100 women between the age 30 and 40 go through premature menopause.

What are the causes of a woman going through menopause in her 30’s?

According to medical reports, besides intentional removal of the ovaries, the major cause of early menopause is premature ovarian failure (POF). There are certain factors that can put a woman at risk of POF; genetics play an important role. If other family members have had the disorder, she might be at risk of having it too.

According to a study by British experts Torgerson, Reid, and Thomas, the menopausal ages between mothers and daughters are strongly related. Besides family history, women suffering from Turner syndrome (when one of the X chromosomes is missing or altered), are likely to develop POF.

In addition, early menopause might occur more in women who smoke as they might be affected by the antiestrogen effects attributed to smoking. Premature
menopause can also occur due to damage to the ovaries as a side-effect to another treatment like chemotherapy or radiation surgery. Other causes include
consumption of drugs, pituitary diseases, inappropriate diet, eating disorders and various other health conditions.

How does premature menopause affect women?

For most women, nothing is more disturbing about premature menopause than the inability to get pregnant. While this affects them psychologically, there are many other physical and mental complications associated with it. These will be discussed further.

What are the symptoms of early menopause?

The earliest giveaway to early menopause could be irregular periods for a prolonged period of time before the age of 40. In addition, the inability to become pregnant after trying for more than a year should flag that a visit to the doctor is necessary. This might mean that menopause is either approaching or, has already occurred. It might also be backed up by a sudden change in the mood without any reason. Marie Hoag, an expert in Hormone Medicine Research has said, “Perimenopausal women (the period right before menopause when the estrogen production gradually decreases) try to avoid social interaction as much as possible”. These signs are closely correlated with declining desires as a result from decreasing estrogen and other hormone levels. If a woman shows these signs, there is a possibility she is approaching menopause. Another very common sign is the periodic occurrence of hot flashes or the tendency to feel cold and hot at the same time. Dorothea Benton Frank, a New York Times best-selling author once humorously said,”The first sign of nearing menopause is a broken thermostat”  Want to learn more about the signs of menopause? Read our full article here.

Other major signs and symptoms may include:

3) Periods that last longer than usual

8) Frequent urination and difficulty in controlling the bladder

9) Weakening of bones due to decrease of bone density, a condition known as osteoporosis.

Are the symptoms of menopause at the age of 30 any different from someone’s at 50?

Are there any treatment options for early menopause?

This is the first and most standard therapy targeted in increasing the estrogen levels in women. Depending on the
severity, hormones are provided through different means including pills, sprays, creams, gels or, injections. While, it has certain advantages when it comes to treating younger women with estrogen deficiency, for most women approaching menopause it is mostly a therapy directed towards managing the unpleasant symptoms of menopause.

These are herbs containing phytoestrogen, a xenohormone (hormone-like component) similar to the human estrogen. If consumed in limited amounts these herbs can help women balance their body’s estrogen levels. However, they may eventually obstruct the body from creating estrogen naturally. On the other hand, hormone-regulating drugs work as hormone catalysts, pushing the endocrine glands to develop estrogen naturally.

A woman’s lifestyle may be the very first factor impacting menopause. Even the slightest changes may
reduce the severity of the symptoms associated with premature menopause. These include eating food at the right times, having a balanced diet, reducing
smoking, managing stress, losing excess weight and exercising moderately and regularly. Trina Pagano, a physician at Cleveland Clinic has stated, “Lifestyle changes can have astonishing positive effects on the health of a woman on the verge of experiencing an early menopause. It simply requires learning the ABCs until F – Avoid cigarettes and alcohol, Balanced Diet, Calcium, Vitamin (D), Exercise and Fat consumption control”.

Certain vaginal gels and lubricants might help prevent or at least reduce vaginal dryness. Antidepressants like SSRI or selective serotonin reuptake inhibitor are also quite common among early menopausal women. 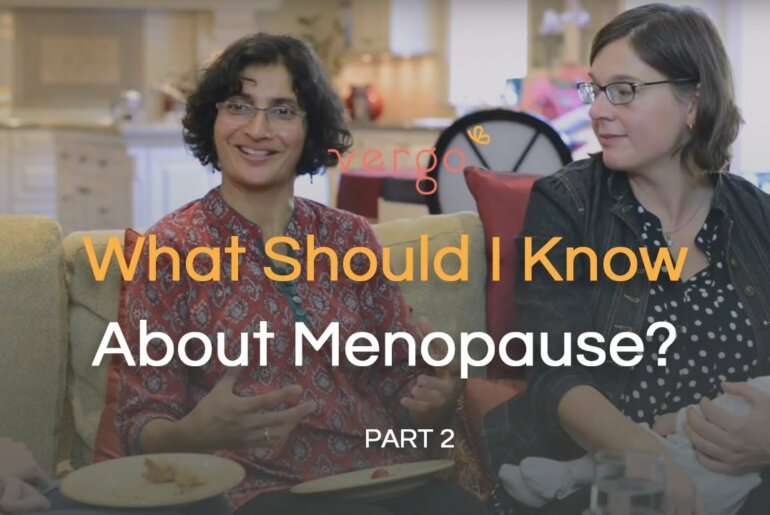